Learn how to write code that is easy to read, understand and maintain. Identify and fix code smell and avoid pitfalls.

What is Clean Code?

Clean Code is set of rules and principles that will help you write code that is easy to read, understand and maintain. Here is a list of things you should avoid or improve in your code.

You can apply this rule to any programming language. If in doubt, follow language conventions.

Repeated code is often a mistake of beginners or people on tight deadlines. While some duplication might be okay, you would usually want to have code in a single place, so it’s easier to change. Be careful and don’t follow this rule blindly!

There is nothing worse than code that is commented out. Why was it commented out? Should it do something? It will create too many questions and make you wonder about its purpose.

There is also code that is unreachable or not used at all. When in doubt, delete commented or unreachable code. You can find it in source control later.

What makes the method too long? As a general rule of thumb, it’s too long if it doesn’t fit on the screen. Now, there are screens with high resolution, and one might say - my 100-line method still fits on the screen.

Why are long methods bad?

Often you can split one big method into more, smaller methods that focus on specific things. Long methods often have many arguments in the signature.

Methods with too many arguments

Some people say that a method shouldn’t have more than 3-4 arguments. While I try to be reasonable, too many arguments are a bad sign.

Often it means that method is doing more than it should.

You can group arguments and introduce a new type (class or record). Instead of passing “first name”, “last name”, “date of birth” and “email”, you can create a new Person type with those properties.

Not only that it is very hard to read and reason about, but it’s also very often bad performing code. It’s called arrow code because the indentation often resembles the arrow’s tip.

What can you do about it?

A nested loop is the worst offender I have seen. Even worse, loop bodies are often very long, so it’s hard to read and understand what the code does. While refactoring those long loops, keep in mind tips one and two.

Classes that have very low cohesion (to quote Wikipedia: ”[…] the degree to which the elements inside a module belong together”) try to do too many things at once. There is only one solution here - split the class up. And don’t try to cheat with partial classes here.

How do we end up with bad code in the first place?

People don’t write bad code because they want to. Here are some of the most common reasons:

Mentoring is very effective, yet time consuming way to improve code quality, especially when it comes to junior developers.

Maybe the company or team don’t use code reviews (PRs, pair programming)? Trusting people to write good code is nice, but having more than one pair of the eyes on the code is even better.

Some companies value profits over anything else. Tight deadlines and small budgets might force developers to make some unpopular choices.

Every developer should be a responsible individual that cares about their craft. As a developer, you should:

It takes time to become good in any craft. The same is true for software development. So, don’t worry - I’m sure you can do it as long as you are persistent. 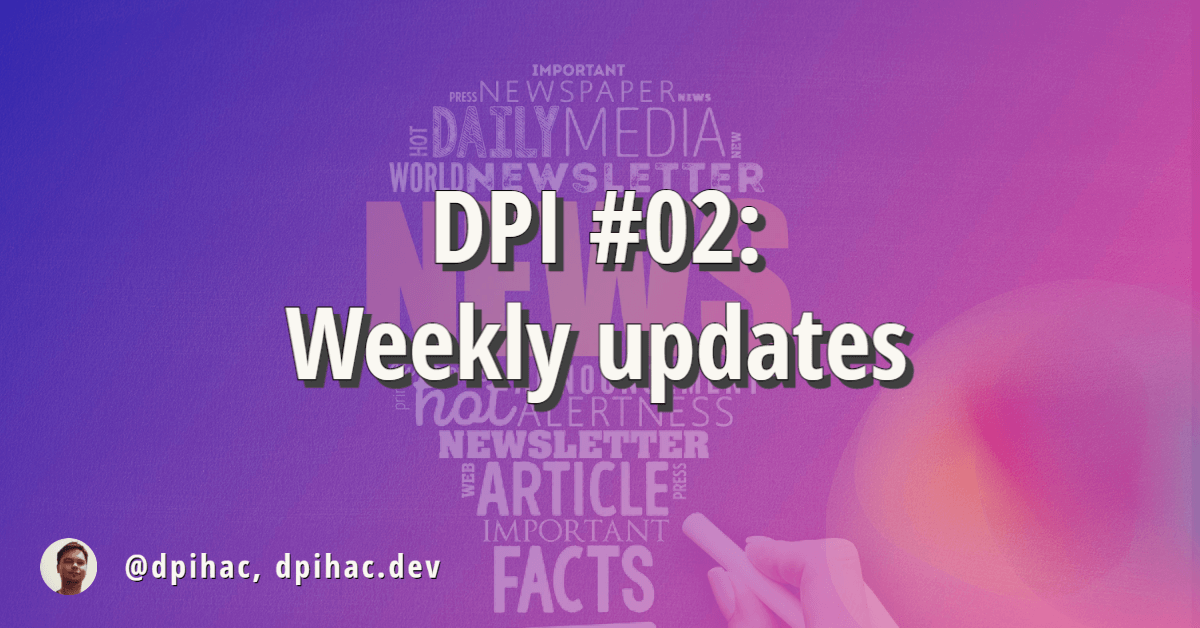 Welcome friends to the second newsletter - this one will be a bit different from the first. The focus is going to be on the latest news from the tech industry, some useful links and a few productivity "hacks". I'd love to hear what you think 😉. News General * There are 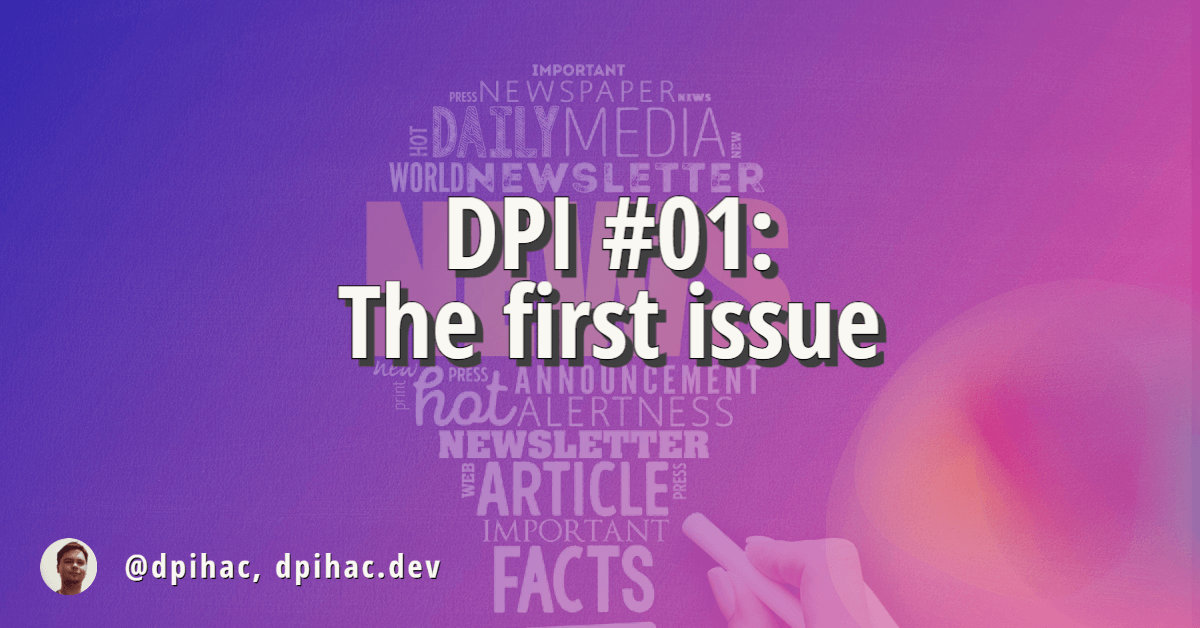 Hello friends! 👋 You are reading the first newsletter issue I've written - ever! Thank you for subscribing and showing your support. It means a lot! What is it about? Honestly, I don't know yet. The idea was to have a weekly newsletter with the latest posts, important news, or tools 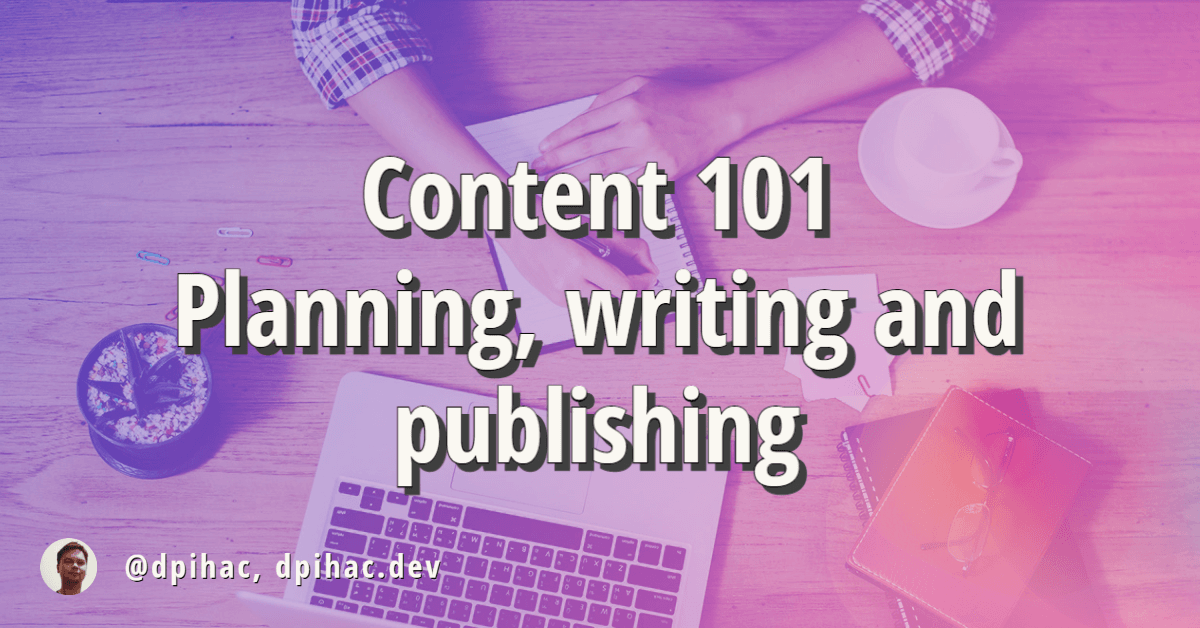 LinkedIn was my platform of choice last year. I published several dozen articles and had varying success. Some articles had over 10k impressions, others less. I was writing for a month and was quite productive at that time. However, I didn't have any system in place. I started writing on